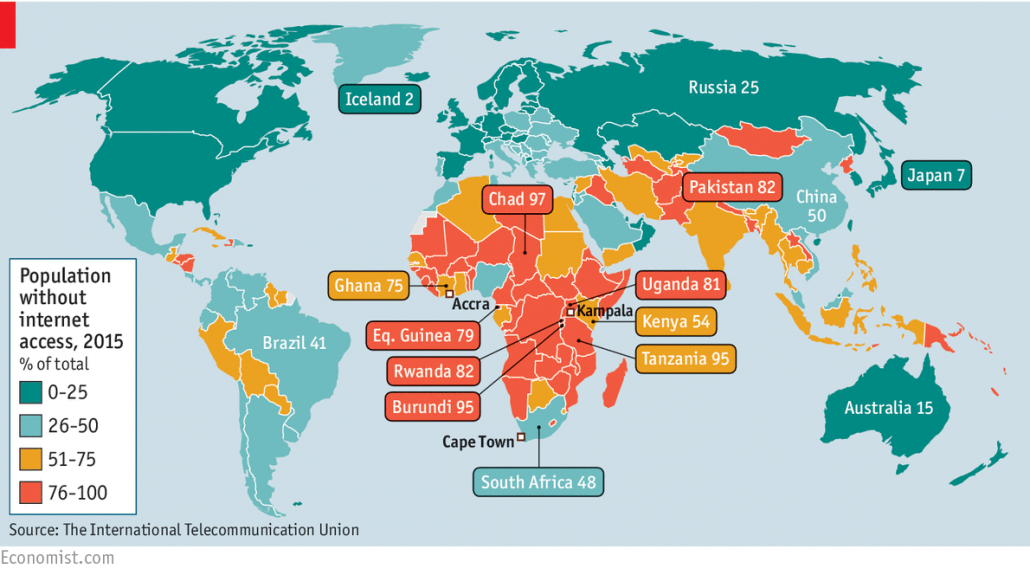 The latest version of the Economist contains a boldly-titled piece: ‘Mobile phones are transforming Africa‘.  The general sense in the piece is that, where connectivity exists, mobile phones and computers are an important contributor to economic growth. However, connectivity is uneven and Africa’s economic development is hampered by a lack of access.

It is also a narrative that my colleagues Nicolas Friederici, Sanna Ojanperä, and I unpack in our latest article:

Friederici, N. Ojanperä, S., and Graham, M. 2017. The Impact of Connectivity in Africa: Grand Visions and the Mirage of Inclusive Digital Development. Electronic Journal of Information Systems in Developing Countries (in press).

In it, we analyse visions of how Internet connectivity affects development in Africa. We then contrast these visions with the actually available empirical evidence to support those claims.

We show that the evidence base to support the claim that Internet connectivity has a vast positive or “transformative” impact on development in Africa is thin. More worryingly, once we see the techno-determinist and modernist assumptions at the core of many visions, visions of rapid development precipitated though ICTs might not just fail to achieve their goals (even on their own terms), they could actively undermine those very efforts in a world of scarce resources.

Note: we’re hiring a researcher to work with us on some of these topics. Read more here.