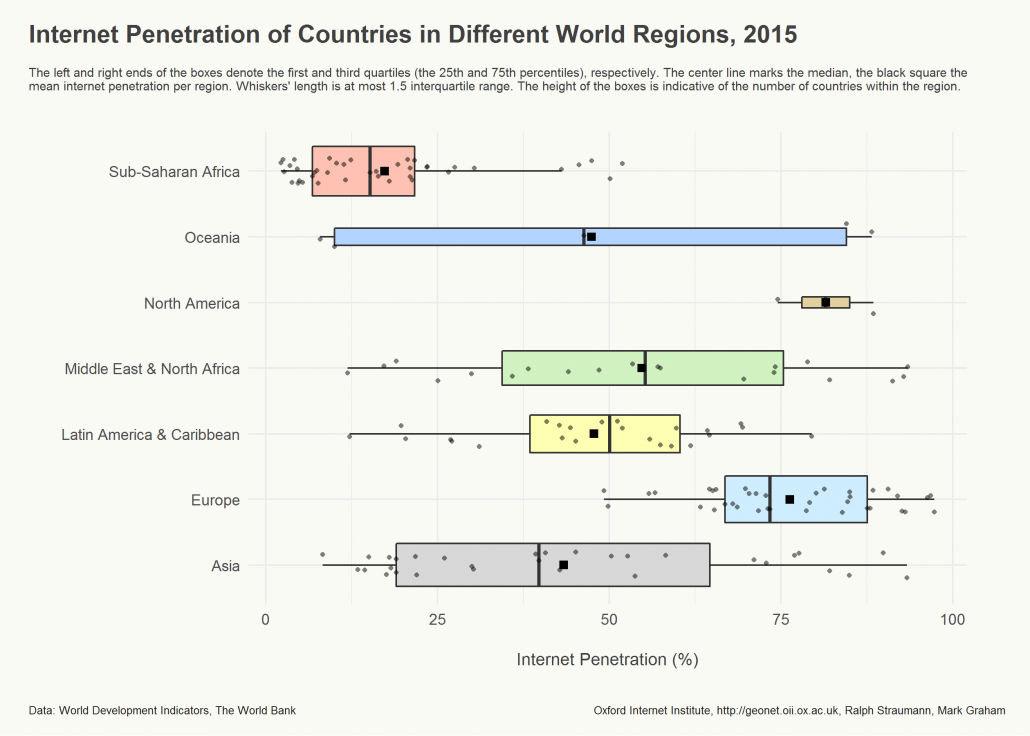 Bear in mind: average global internet penetration in 2015 was at 47% with a standard deviation of 29%.

First, the above visualization underlines the findings from the Access to the Internet map: internet penetration is clearly lowest in Sub-Saharan Africa (SSA; mean: 17.3%, standard deviation: 13.8%) with only few countries reaching average global values near 50% (e.g. Nigeria, Kenya, South Africa).

Third, with a mean of 47.8% (standard deviation of 17.7%), Latin America & Caribbean (LACA) is very close to the average global access to the internet.

The below visualization of highest (left) and lowest (right) internet penetration also looks at 2005 and 2010 (in addition to 2015) and thereby highlights how stable over time some of these patterns of internet access truly are: Individual countries move up and down the ladder between years (and they certainly move in terms of absolute values of internet penetration). Yet, the regional patterns embodied in the rankings of the countries hardly change at all. Thus, on a relative scale, the cores and peripheries of the global network are surprisingly stable indeed. 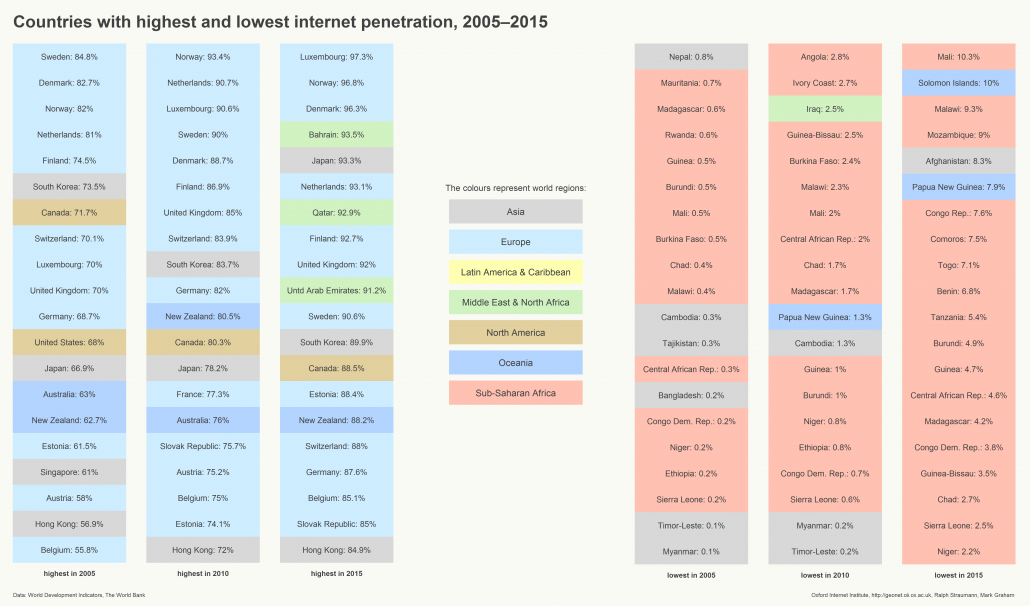 This leader board visualization shows the the countries with the highest (left) and the lowest (right) internet penetration, in 2005, 2010, and 2015, respectively (left to right). The colors encode the countries’ region affiliations.

The visualizations use data on internet usage in 2005, 2010, and 2015 that was obtained from the World Bank. The World Bank has tracked the number of internet users per country since the 1990s as part of its Worldwide Development Indicators project.